Himawari is a member of the student council and the older sister of Kaede Furutani.

Himawari is a young girl of an average height with collarbone-length azure blue hair that she ties down into two tiny pigtails on the front with a dark brown headband inside of her hair, gold eyes and a shapely body for her age.

Himawari is a mature and delicate girl who is often having lady-like behavior and mannerisms. She has a rather formal speech and is willing to help people in need.

Around Sakurako Ōmuro, her personality changes drastically into a bitter, mistrusting one. She is used to the latter's antics, and usually ends up berating her with varying degrees of violence and bitterness. She does tend to show a lot of care and concern about her, often assisting her to do homework or generally hanging out with her, proving they do get along despite the constant bickering. Their relationship used to be much closer during their childhood, enough so Nadeshiko Ōmuro decides to set up a make-believe wedding for the two.

While she is mostly a good student, Himawari is far from being sporty. Her poor performances cause her to worry about any upcoming PE tests, which causes Sakurako to tease her, since unlike Himawari, she excels in that domain. Her strength increases dramatically, however, when triggered by Sakurako, with Himawari delivering hard kicks and even throwing her in one occasion in episode 5 of season 3.

She's very concerned about her weight and body shape in general, so much that when she finds out she put on some weight, she decides to go on a diet, hardly eating anything for 3 days straight. But she's stopped by Sakurako who states she's making Kaede Furutani worry a lot, and that they both think her appearance didn't budge a single bit. Further research reveals the added weight comes from her breasts having grown in size, which as a running gag, she's very complex about. 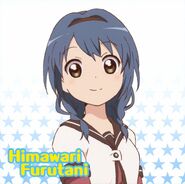 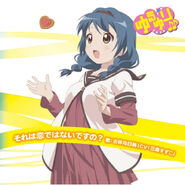 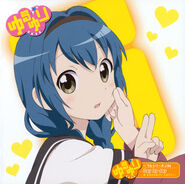 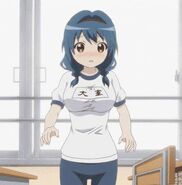 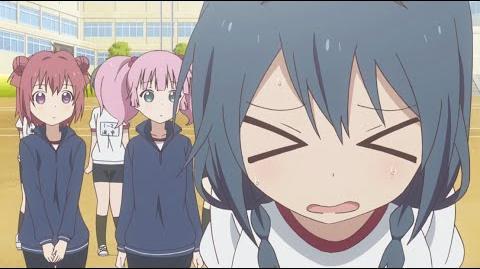 Retrieved from "https://yuruyuri.fandom.com/wiki/Himawari_Furutani?oldid=9014"
Community content is available under CC-BY-SA unless otherwise noted.