Ai has long dark brown hair and a gentle personality. She is Nadeshiko's classmate and friend. She is also friends with Megumi Sonokawa and Miho Yaeno.

It is implied that Ai is Nadeshiko's secret girlfriend, as the latter is dating one of her three classmates. 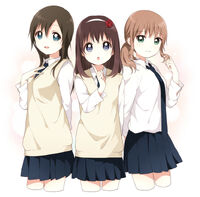 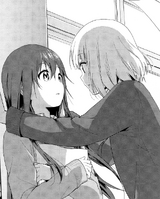 Nadeshiko and Ai having a moment 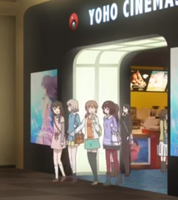 seen in the background with her friends in YuruYuri San☆Hai!